Trello and To Do Lists

Trello isn’t working for me.

I have an Agile board for my life, which I have been using regularly for around six months. I have these lists:

So, this isn’t great. And I think I need to change it up. I have a list of projects in my To Do folder (along with a ton of PDFs I will never, ever read). I update it every few months. What I ought to be doing is mixing this in with my Trello list. Instead of segmenting things into ‘do now’, ‘do at some point’, and the ‘do never but nice idea’ categories, I should have cards for each project, and then have lists inside them with actionable items. At the start of each day, I should decide what projects to work on that day (of course, overwhelmingly, this will be my main job, building Beagle). Then, I should decide what actionables for that day are possible, and move them out of the list using the ‘convert to card’ mechanism, and start taking them on.

This loosely follows the Get Things Done philosophy, which I like. Hopefully, it’ll cut down on admin and job bloat.

Another thing I should start doing - well, that I have started doing since I started writing this post - is to organize my daily tasks better. I’ve just made a little node module called Practice, which prints out the keys to an object if their values are false - that is, if I haven’t done a task yet, it lets me know. I’ve set this up with GeekTool so that I can actually see the items on my desktop, where I’ll notice them. I hate having things on my desktop, so this will be pretty good motivation to do my daily tasks. 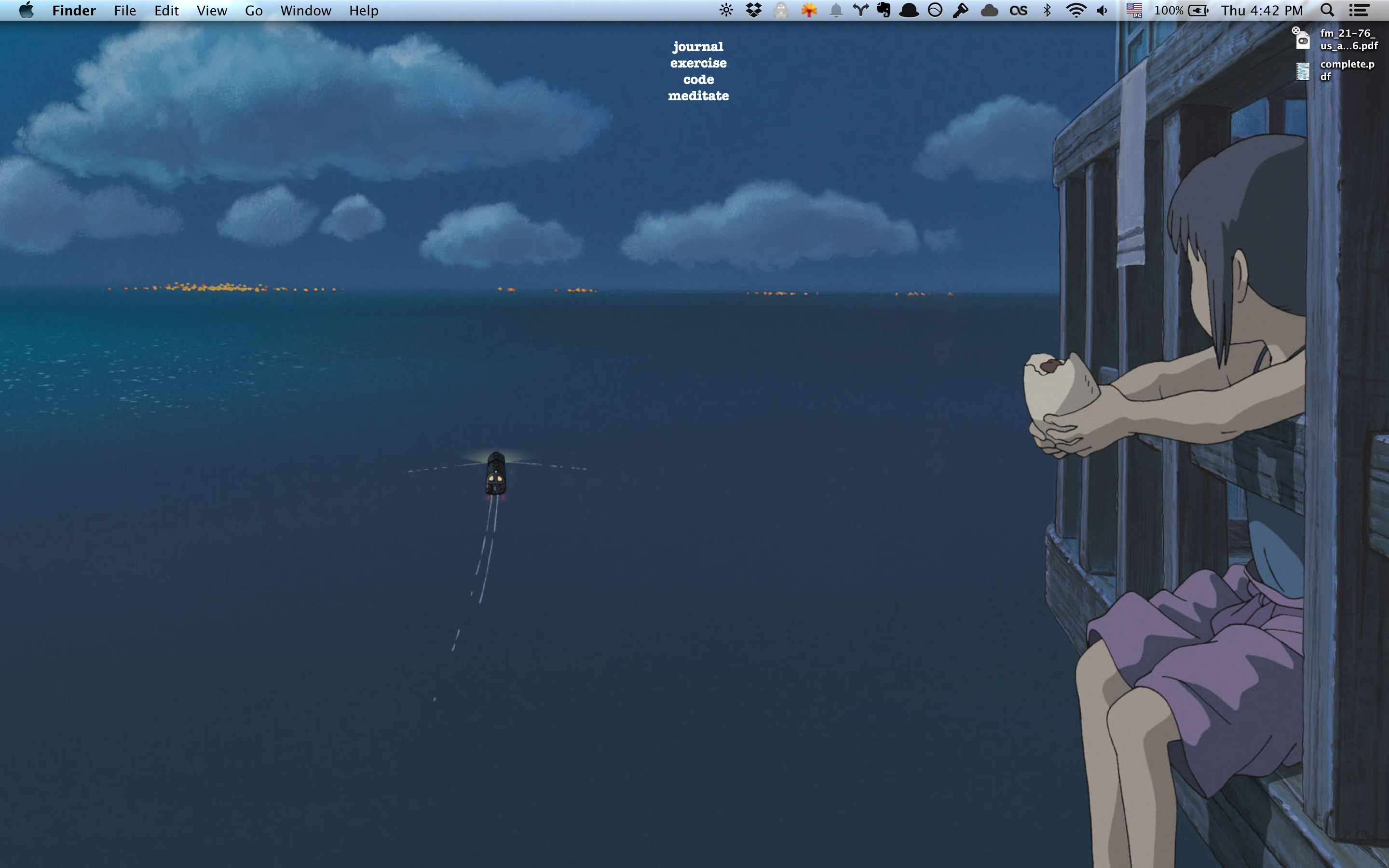 So, here’s to shaking up my to do lists.