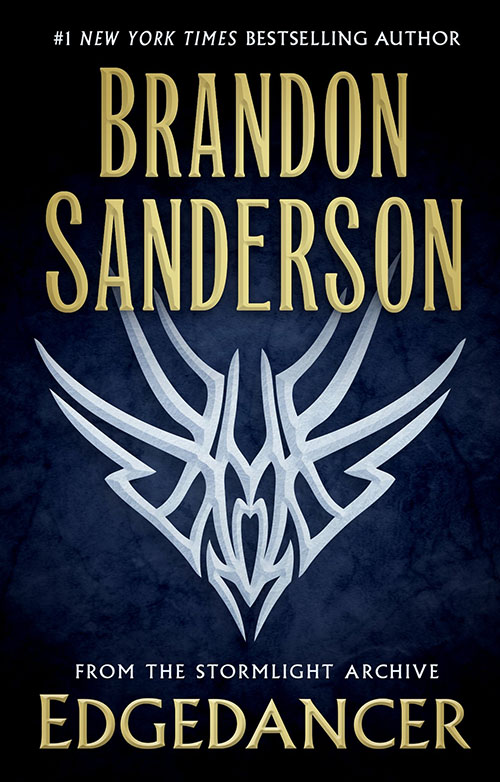 I was eager. I had driven 500 kilometers to pick up my copy of Oathbringer. The third book in the series, which I’d re-read in anticipation in July. It was waiting for me where I was spending Thanksgiving. There was a fire; an armchair. I sat down. I opened to the author’s note’s page.

If you haven’t had the chance to read Edgedancer, a separate Stormlight novella taking place between books two and three - I’d recommend it to you now.

A day later, and I’ve driven to the excellent Porter Square Books and bought myself Edgedancer. It was a quick read - only 200 pages, as I skimmed and had read the prologue, which was part of Words of Radiance. The story focuses on a little knight, Lift, who has the ability to become awesome (her words), a.k.a. slip all over everything by reducing traction. This makes her fast and slippery, which is an interesting superpower. She also is able to make plants grow, but she spends most of her time annoying her bonded spren (daemon) which enables her powers, who would rather be spending his time gardening chairs.

It is an intensely silly book.

In part, of course, this is because the narrative flows around a ten-to-13 year old girl who fuels her powers by eating.

Three hours later, Lift sat in the center of the fat scribe’s desk, eating pancakes with her hands and wearing the spindly scribe’s hat.

She really likes pancackes, too.

The woman looked up at Lift. “He’s right about that, um…” “Say it,” Lift said. “Your pancakefullness.” “Rolls right off the tongue, doesn’t it?”

The story was meant to be 18,000 words, but Sanderson managed to make it 40,000 somehow. This was an achievement, as it doesn’t meander like Jordan. The pace is fast, the action good, the jokes plentiful. Still, it lacked the emotional punch of the longer books in the series. There were several good lines that came out of the woodwork, though. My favorite, another rip off of the writer as wizard, was:

“Pity can be a powerful tool. Anytime you can make someone else feel something, you’ve got power over them.”

I also particularly liked this one:

They passed through a small forest, really just a corpse of trees, which was a strange term, since she never seemed to find any bodies in them.

Although it’s not particularly deep.

A nice read. Now, where did I put Oathbringer?

Only one word that I could spot.