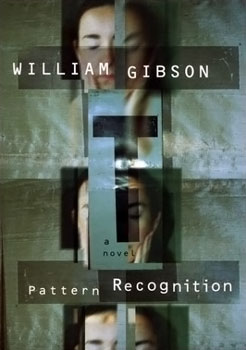 Gibson’s Pattern Recognition was another member of the science fiction reading club, this summer. I read it because I’d heard it was definitional of a generation, that it was something worth reading, that it was good.

I’m not sure it was any of these things. This was the first Gibson I’d read, and I may have read it 15 years too late. The book came off as badly dated. I can’t imagine what it would be like to read it fresh in 2003 - I was only 15 then. But I know it doesn’t entirely match today. For one, there is a plot where an art film has attracted a cult following, internationally, which has broken mainstream, with people on the internet wondering where a clip which surfaced had come from, who made it, and so on. But we know now that this isn’t how the internet works. According to Momus, on the internet, everyone is famous for 15 minutes. No one is famous forever, and, short of Beyonce fans, it’s unlikely that a forum of media geeks trying to discover clues in found footage would ever get beyond a small following. I say this as someone who has moderated and run several forums around niche subjects. It doesn’t sit well with me.

Much of the book didn’t sit well. Gibson was constantly pro-dropping; every other sentence didn’t have a subject. “Walked down to the store,” and so on. It works briefly - but in a novel, it lead to a run-on feeling that didn’t add to my tension reading the book. Reading felt like I was jogging on an escalator going the wrong way - almost fast, but cancelled out.

Here and there, other small quirks appeared that I found a bit odd. There was a constant reference to mirror-worlds - the way the UK is slightly different than the US, the way Japan looks different on a Sunday afternoon. It was interesting to read, but strained. Or, there were too many motorcycle accidents, with people walking away from them. Or, the extra helping of cheekbones constantly thrown in. Or, the constant explanation for jet lag as the soul catching up to the body, which travelled too fast (after all, isn’t jet lag physical?). None of these things added to the novel any more significantly for being repeated over and over again. Instead, I felt like Gibson wasn’t trying.

But, overall, I liked it. There were good parts. Our main character, Cayce, had a job identifying future trends. Her taste was what decided whether a project would live or die in beta, as she had an allergic reaction to brands. She was the precursor to targeted user studies. I liked that, as it vaguely envisioned the niche that Instagram or Snapchat fill today. She was a lifestyle model, but without the need for the constant photos and the millions of fans. The difference is that the only people she had to impress were the people in the marketing scheme she was already a part of.

Some of the writing was atrocious. For instance, if you’re going to quote someone and use their uncommon middle name, make sure you correctly attribute the quote.

“It’s more the way it is now than it’s ever been”, Cayce replies, a line of Dwight David Eisenhower’s that she sometimes resorts to when she has nothing whatever to offer.

But, in other places, it was absolutely spectacular. My favorite segment consisted of Cayce’s friend talking about some grave diggers finding a plane with a pilot skeleton still strapped in. It was surreal, and beautiful, and long, for which I was grateful. There were some great short quotes, too:

People had time, in those days. The system was collapsing under its own weight, but everyone had a job, often a pointless one, very badly paid, but one could eat. People valued friendships, talked endlessly, ate and drank. For many people it was like the life of a student. A life of the spirit. Now we say that everything Lenin taught us of communism was false, and everything he taught us of capitalism, true.

He loves Paris, and says he hasn’t been here since he was someone else, and very stupid.

Which sums Paris up for me. Or the raison d’être:

We have no idea, now, of who or what the inhabitants of our future might be. In that sense, we have no future. Not in the sense that our grandparents had a future, or thought they did. Fully imagined cultural futures were the luxury of another day, one in which ‘now’ was of some greater duration. For us, of course, things can change so abruptly, so violently, so profoundly, that futures like our grandparents’ have insufficient ‘now’ to stand on. We have no future because our present is too volatile. … We have only risk management. The spinning of the given moment’s scenarios. Pattern recognition.

Ok, Gibson. I’ll pick up another one of your books. Hopefully, one you’ve published more recently.