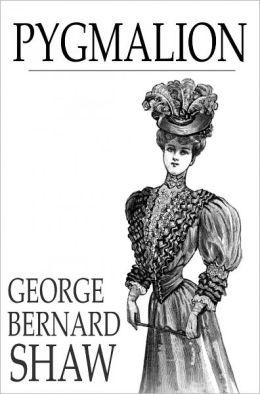 I’ve seen My Fair Lady many times, and memorized some of the songs. It’s one of the few stories that centers around a linguist (as far as popular figures go, grammarians are not common). But somehow, I’ve never been able to find the time to read Pygmalion. I have now amended this issue.

It is a beautiful little play. I was shocked by how similar the original was to My Fair Lady - with a few minor changes here and there, it’s essentially the exact same. The lines are repeated verbatim; the book was less of a reading than a rehearsal in my head. However, there were some major differences. First, there were none of the songs, which were to be expected. And secondly; in the original play, she marries Freddy, and Shaw included a massive prose sequel in my volume which I found very droll and irrelevant, especially as it reflected Victorian ideals about women and money that haven’t aged well. I may be guilty of being American, but I rather like the Hollywood ending more.

Linguistically, Shaw tried to use eye-dialect to show the phonetics of a lower-class Londoner. I’m not convinced he did a very good job, and the inclusion of the neutral vowel (or the schwa, as we now call it) didn’t help much. Unfortunately for me, I’ve seen the movie too many times, and I had real issues not hearing Audrey Hepburn’s atrocious accent everywhere. The constant “Ah-ah-wo-oo!” statements from Eliza didn’t help.

But, that having been said, I had no real complaints while reading, and enjoyed the book immensely. It’s a lovely, amusing little play.