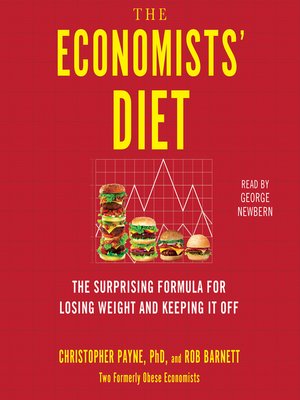 I’m not big into dieting. I was, earlier this year, hoping that the paleo diet and a steady stream of calcium pills would cure my stress fracture in my foot, which has kept me exercising for the past eight months. It might have; my last report from the podiatrist is that my MRI scans were so exemplary of a healthy foot that they’ll use them in courses. I asked for royalties. But there’s still pain, and I’m not running, but I keep eating prodigious amounts of food. Somehow, I don’t gain that much weight. Now, I weigh a bit more than I ought to for my height - 191.4lb at 6 feet - which means I am technically overweight. But I’m not on a diet.

It is anyone’s guess why I read this book. It was $2, and a quick read. I logged my time, and figured that 150 pages per speed read is about as fast as I can go comfortably. But I wasn’t really looking to change my diet, to make myself thinner, or to undergo a serious regimen of reading Hayek while lifting weights. If I had, I might have different opinions about it. For now, the book can be summed up with a note at the end: “Should’ve just read this section”. This is what I underlined:

Got that? That’s it. That’s basically the whole book. Don’t eat too much; don’t count your calories because it’s annoying, but know what calories are; eat a meal a day. All common sense stuff. The only difference with this book is that every now and then they would mention Wealth of Nations or take a quick dig at entitlement programs.

Eat more greens, eat less bread. Avoid CostCo, because 60-70% of all supermarket purchases are impulse, and warehouses tend to want to sell you food that doesn’t go bad (which means that it is never likely to turn good for you). Useful stuff. If you want to read more things like this, couched in an easy and often painfully anecdotal style with lots of little boxes saying “try this neat tip”, then buy this book. It probably won’t significantly change your life, but it may help you have better microhabits, which is the whole point in the first place. It’s written by smart people who changed their lives through talking about simple habits they could adopt. And it worked.

Although, and I need to say it: did they really have to put “PhD” in the title? I looked it up on LinkedIn: Payne has research doctorate in the economic history of monetary and banking reform in the UK from 1950 to the 2008 global financial crisis. While useful, I’m not sure that makes him more of an expert on dieting than anyone else.

PS. I wrote this review a few months ago. I am now 180lbs, and thus this book was either completely effective, or I learned nothing except that excessive exercising leads to weight loss, which I could have learned by simply carrying this book up the mountains with me instead of reading it. The search for wisdom goes on.