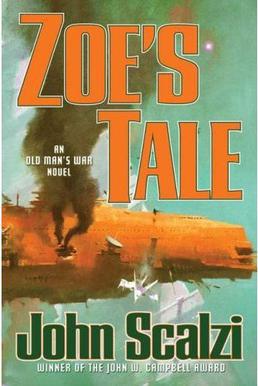 Zoë’s Tale was written from the perspective of Zoë Boutin-Perry, a small girl in The Ghost Brigades and a teenager of some import in The Last Colony. It’s a different perspective book, modelled after Ender’s Shadow and Rosencrantz and Guildenstern are Dead. While I love the latter of these two examples, I never really got into Ender’s Shadow very much. I found it to be derivative, lacking in coherent internal narrative, and generally a bit, well, boring. I felt the same about Zoë’s Tale. Luckily, Scalzi managed to perform his normal task - humans being snarky, aliens being fun to read about - particularly well, so I didn’t really mind. This was a fun read, although I was not as interested in it as the other books in the series.

I was glad he wrapped up both the Werewolves subplot (which I questioned in my previous review of The Last Colony), and also the deux ex machina of Zoë getting a Consu weapon inexplicably. I’m not opposed to d.e.m.’s in science fiction; after all, that’s kind of what spaceships are all about. But that hole needed to be filled. I’m not convinced it couldn’t have been filled in a novella, though. 400 pages was a bit long.

Highlights include teenagers being teenagers (I learned the word ‘menarche’ in this book), Zoë meeting the werewolves and managing to close a subplot, and an obscure shoutout to “The Stars My Destination”, which was pretty nice. Overall, a fun, quick read. I didn’t really stop reading it once I started, which is nothing if not a compliment to the writing. Looking forward to the next two books.