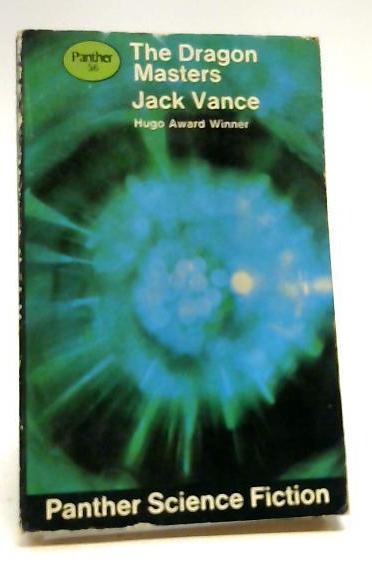 Jack Vance is a one of the older heroes of Science Fiction and Fantasy. He won the Hugo, Nebula, World Fantasy Award, and got a passing mention - “one of American literature’s most distinctive and undervalued voices” - in the New York Times, which is an incredible rare event for a genre author. George RR Martin even took time away from Winds of Winter to co-edit a tribute volume, Songs of the Dying Earth, which I keep seeing around but haven’t picked up yet.

I saw this slim volume of Vance’s, fitted with a dull green cover with no defining characteristics. This was a real shame, as every other cover of the novel is intense. But it did say it was a Hugo Award Winner, and I loved The Dying Earth - not because it was as brilliant as The Book of the New Sun, or as all-encompassing as the world building of Lord of the Rings, or as dramatically satisfying as Dune, but because it had tons of humor. The main character was so unbelievably absurd that it read like Peer Gynt set in a world with magic and space ships. What’s not to like?

Dragon Masters was, ultimately, little different. The tale starts slow - ok, there’s some sort of world where people live in valleys (much like the Lewisian Out of the Silent Planet, set on Mars, which I mentioned last week in my review of The Dark Tower). There’s ‘dragons’, and different sorts - termangants, fiends, blue horrors… It’s confusing, at first, and dragons is probably a misnomer. And there’s naked people who somehow live underground permanently.

But it gets swiftly better, as the novel turns into not just an exposition of an alien world, but a rivalry between two characters - the pragmatic and able Joaz Banbeck, and the bombastic and egotistical Ervis Carcolo. They are in charge of their two respective valleys, the last holdout against aliens called grephs, who capture humans, mutate them into different classes, and use them as soldiers. The dragons were captured and mutated aliens, in turn. It’s a strange war, filled with confusions - few of the different species are described adequately, but in the height of battle, it doesn’t matter much. The leaders of the battles are more important. For instance, why focus on who is killing who, when you can enjoy quotes like this:

“By daring, by striking hard, by cutting deep I can defeat him! In resolve, in courage, in endurance, I am more than his equal. Not again will he trick me, to slaughter my dragons and kill my men! Oh, Joaz Banbeck, how I will pay you for your deceit!” He raised his arms in wrath, “Oh Joaz Banbeck, you whey-faced sheep!”

Ah, yes. Here’s the Vance we know and love. Bizarre and arcane (“whey-faced sheep”? Really? How do you even write that?).

It’s a very short book, barely over a hundred pages. But it is a fun, exciting read. If you want classic science fiction, brilliant pulp unfettered by modern tastes and concepts, this is the one for you.